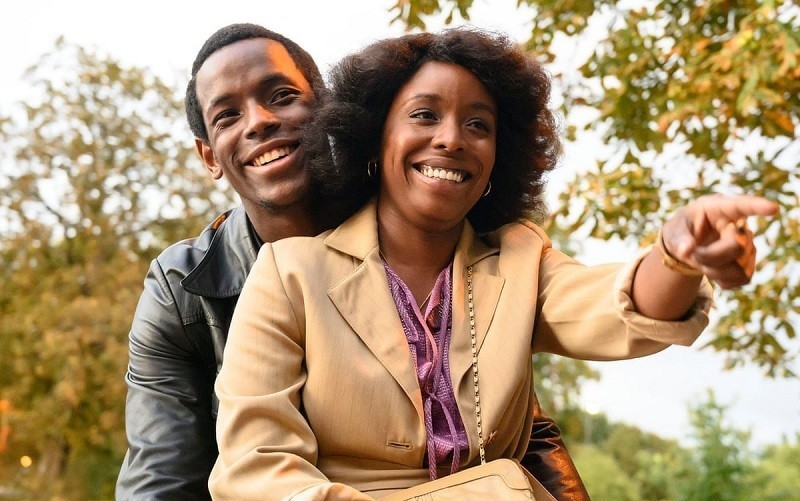 It’s hard to believe that British filmmaker Steve McQueen gave us not one, not two, not three … but five new movies this year through his dazzling “Small Axe” anthology. Somehow designed to go straight to streaming (even in a hypothetical non-COVID world) despite their obvious fit to massive cinema screens, this decades-spanning, London-based quintet of films all tell rousing stories about the city’s West Indian community. The best one did so with its euphoric optimism.

On the surface, “Lovers Rock” is simply about a circa-1980 house party, a nostalgic notion in today’s pandemic-dictated realities where we all dearly miss the kind of fleeting yet memorable human connections intimate soirées used to forge. But the accidental timeliness of McQueen’s wistful setting—with its coziness and liberating sway dizzyingly captured by cinematographer Shabier Kirchner—isn’t the only thing that charges “Lovers Rock.” There is also undeniable purpose in McQueen’s understatedly political work that celebrates a culture with specificity. As eager, dressed-up, tipsy strangers who briefly check their troubles and the era’s racial injustices at the door dance to and sing along the romantic reggae tunes a DJ spins, McQueen unearths a sense of belonging, a dose of harmonious freedom through their unity.

Brilliantly costumed to reflect the transition from the flamboyant ’70s to bold ’80s and with the year’s most memorable scene in any movie—accompanied by Janet Kay’s intoxicating single “Silly Games”—“Lovers Rock” approaches something whole and sexy, even spiritual, with every one of its sensual steps. (Tomris Laffly)